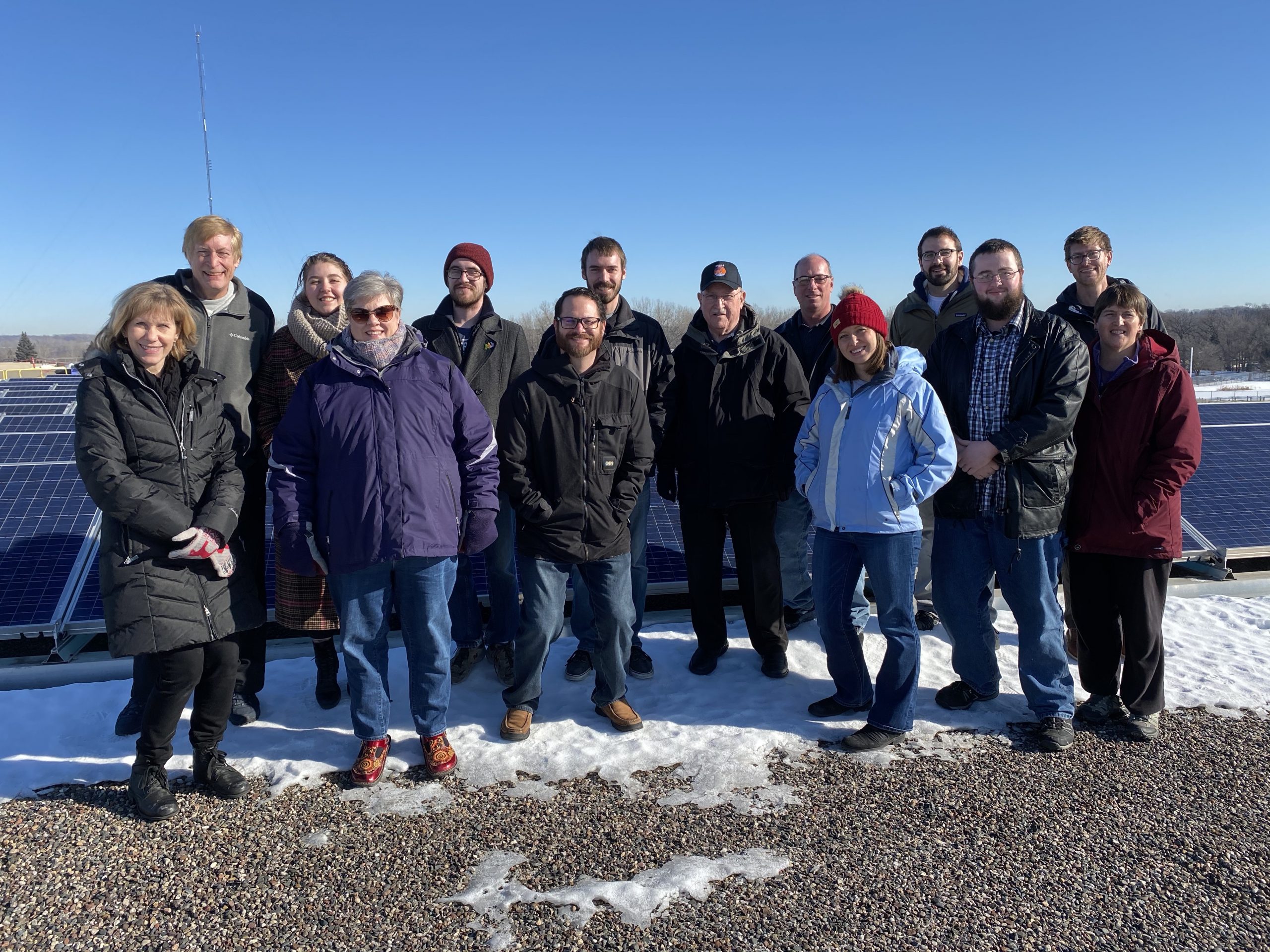 On Saturday, February 8th, we hosted our first Solar Educator Workshop of 2020 at Mounds View High School. We had a wonderful time helping over 20 teachers develop new solar curriculum to bring to their classrooms and STEM programs!

Our Education Director, Michael Cartwright (a physics teacher for over 20 years) leads the workshops with IPS as a part of our Sunrise Program!

Our Sunrise Program provides FREE Training – presenting some data visualization tools, as well as offering insight about how to adapt solar lessons for your classroom.

Sunrise event attendees receive three hours worth of continuing education credits and Solar Activities Kits to use in their classrooms. 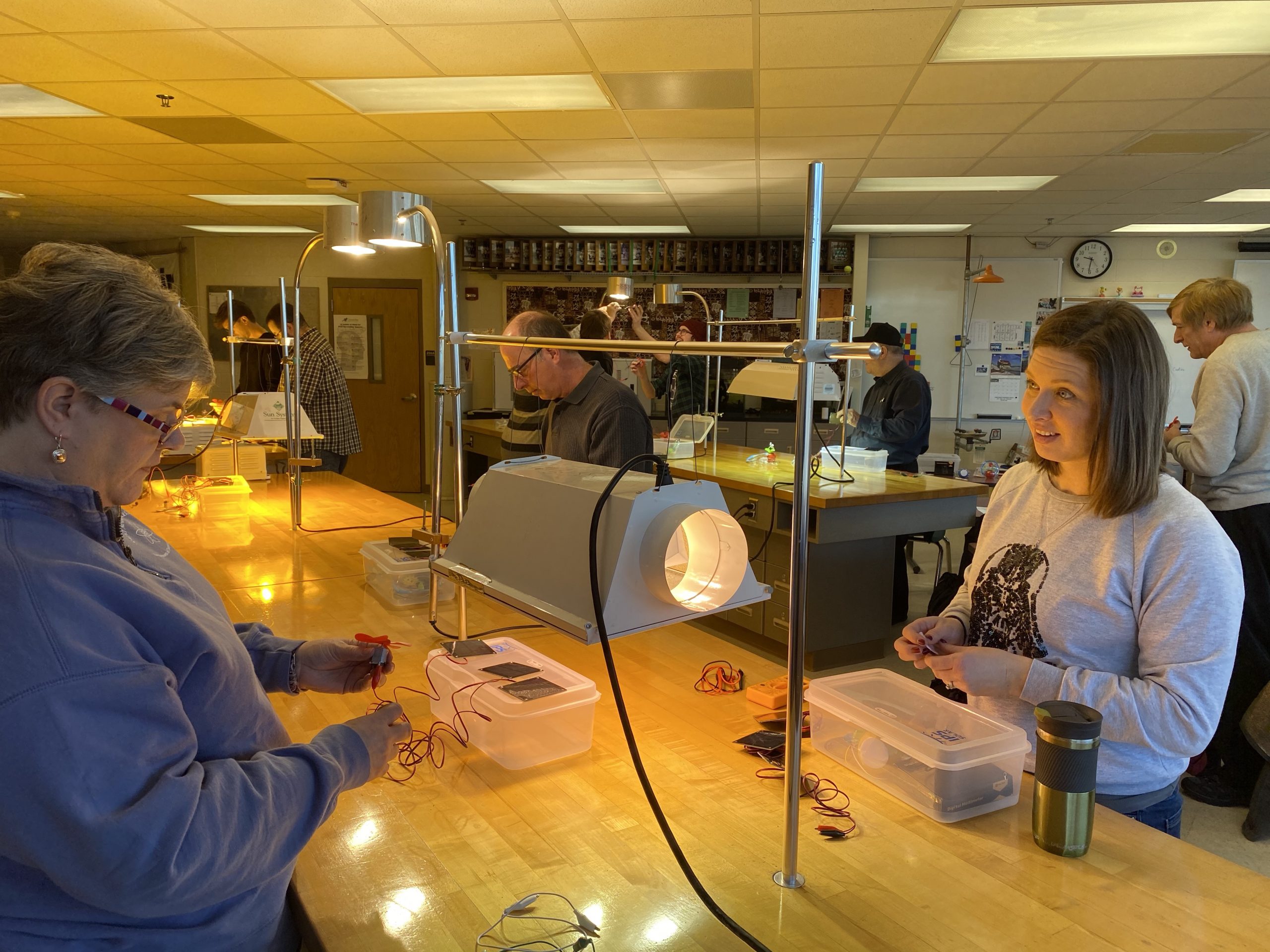 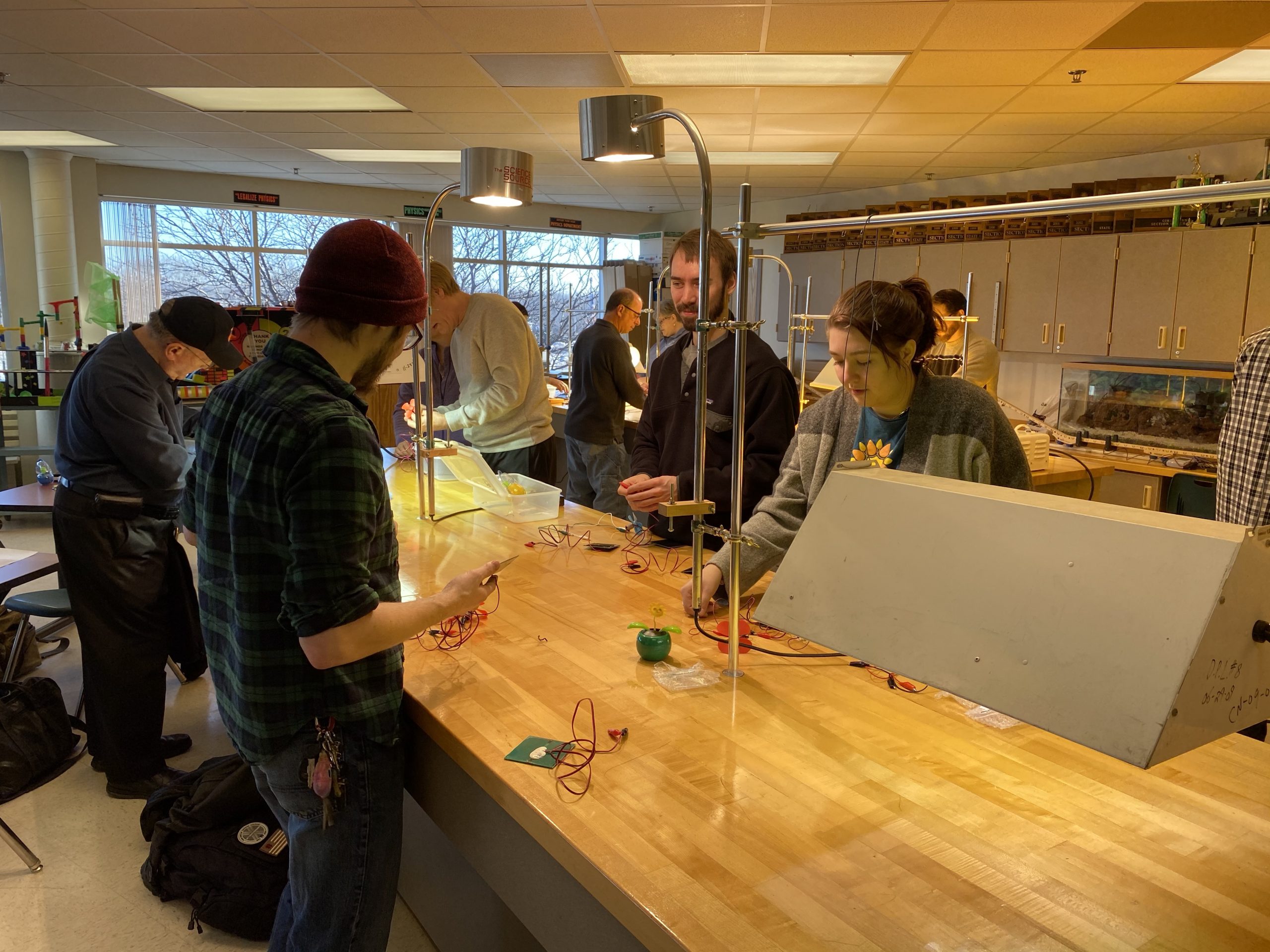 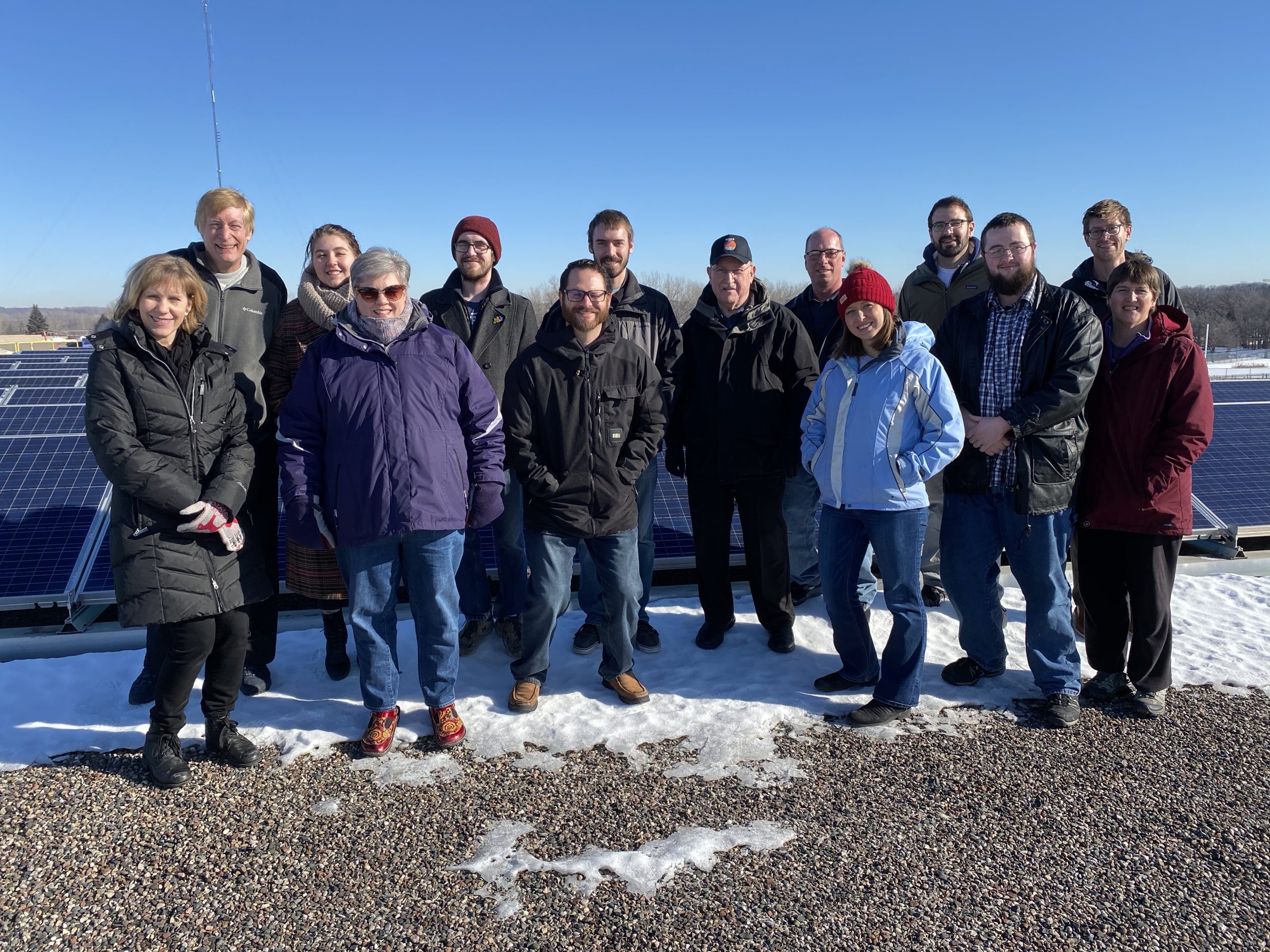 Opportunity zones are certified low-income areas into which investors can deploy capital for value-adding projects, in exchange for federal capital gains tax and other advantages.

In general, capital gains are incurred when selling an appreciated asset such as real estate or stocks.  The appreciated gain is taxed at a special rate, which is typically 15% to 20%.

By investing in opportunity zones an investor’s capital gains rate can be reduced by 50% to 75% depending on how long the investment is held.

Another benefit, Investors will not be taxed on any capital gains incurred from a project if they hold that property or asset for a decade or more.

Xcel’s Solar*Rewards® program provides a financial incentive for residents, businesses and public entities to install solar power. Annual payments are made to the owner of the solar system in exchange for Renewable Energy Credits (RECs) produced by solar.  This is known as a performance-based incentive or PBI.

Xcel customers also qualify for Net Metering up to 1 megawatt AC (or enough power for roughly 200 homes).  If you generate more than you need, the extra energy is added to the grid, and any excess energy will be credited to your bill.

It is important to note that small commercial incentives levels are decreasing.

Also, large projects qualify for a separate bill-credit mechanism called capacity credit program or ELPC which was strengthened in 2019.

The City of Minneapolis is offering an incentive to install solar: the Green Cost Share Program. Qualifying projects will be compensated based on the solar array’s projected first year kilowatt hour production, up to $50,000.  Funding ranges from $.20 to $.40.

Priority will be given to buildings in designated Green Zones and to buildings that are participating in the 4D Affordable Housing Program.

Major corporations are really stepping up and making a commitment to sustainability and clean energy! Industry leaders like Target, Walmart, IKEA, and Cargil have decided to leverage solar to benefit their business and the environment.

Additionally, real estate investment trusts are also getting in the mix. Earlier this year, we announced two new projects with STAG where we are leasing their roofs for community solar projects!

Good news, from a high level view, is that there’s continued downward pressure on system pricing. There are, however, several factors that are working against this trend and increasing cost.

Tariffs are a major factor. In 2018, the US international trade commission levied an import tariff on solar products, which phases down over four years.  This has increased panel prices compared to the rest of the world by as much as 60%.

We all love craft breweries! The popularity of local microbreweries is exploding in the United States, but how can they maximize their profits and  minimize their operating expenses? Well, community solar is a great opportunity to do just that.

Interested in learning how a community solar subscription could save your business thousands in operating costs? Give us a call: 651-789-5305!

In 2020, Minnesota Community Solar financing is becoming one of the most popular financing mechanisms for commercial solar projects. The community solar program allows residents, businesses, and public entities to participate in solar that’s not located on their property.

Each year in September Xcel proposes a bill credit rate for the following year.  This is based on a set of attributes like avoided costs and environmental impacts to develop a state-approved formula called the Value of Solar.

This rate has fallen slightly each year since 2017 to about 11 cents per kilowatt-hour levelized.

Xcel says its value of solar rate is on track to more than double to about 25 cents per kWh for projects coming online in 2020 — a result that is “unreasonable, unrepresentative, and clearly falls outside of the public interest,” according to the utility.

A compromise is currently being hashed out at the public utilities commission with a likely rate around $.12 per kilowatt hour levelized.

This will allow for continued development, although capacity on the grid is increasingly hard to come by.

The investment tax credit, also known as the federal solar tax credit, allows you to deduct 30 percent of the cost to install solar from your federal taxes.

The residential and commercial solar ITC has helped the U.S. solar industry grow by more than 10,000% percent since it was implemented in 2006, with an average annual growth of 50% over the last decade alone.

On December 17th, 2019, we learned that the federal tax extenders bill would not include an extension of the ITC, despite solar’s bi-partisan popularity.

Without the extension, the credit will phase down as outlined in congress’ 2015 compromise:

Your solar project must be energized to qualify for that year’s tax credit rate.

There are safe harbor provisions that allow projects to start in a given calendar year and still qualify for that year’s rate, typically by spending at least 5% of the projects cost and starting construction activities.

We are counting down the top ten solar trends that you need to be aware of going into 2020! It’s day two and we are talking changes to PACE financing & tips on how to make it work for you and your business!

PACE has several distinct advantages in that it is typically not considered debt on the balance sheet, and can be shown as owner equity similar to a mezzanine financing on new construction.