It was an honor to join Minnesota Governor Tim Walz on a trade mission to Europe in mid-November. The delegation was filled with experts from various fields including ours, Energy and Environment. I was only able to join for the UK portion which was jam-packed with productive meetings, conversations, and idea-sharing. Regional Trade Manager Steve Riedel from Minnesota Department of Economic Development was a great leader for our Environment and Energy delegation. He helped identify and facilitate a variety of engagements with our European counterparts, distilled into concise daily agendas.

There were multiple references to the “special relationship” enjoyed by the US and UK. In terms of climate goals, Minnesota and the UK share an outsized ambition to significantly curb GHG emissions over the next few decades. Our common interests include the accelerated adoption of cold-climate electric heat pumps, electrification of our transportation industries, and advent of offshore wind technologies in the US, much of which has been pioneered in the UK.

Several event highlights included visiting start-up accelerator Sustainable Ventures, whose offices boasted an incredible view of parliament and Big Ben. We toured London’s greenest office building at Southworks and learned about AI technology for autonomous vehicles at the Smart Mobility Living Lab. My favorite part of the trip had to be the briefing and social hour at the US Embassy, which played host to most of our UK collaborators. 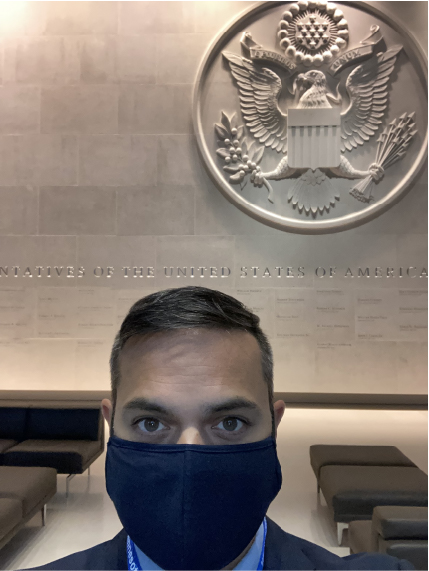 An obligatory selfie of Eric Pasi at the United States Embassy in the United Kingdom. 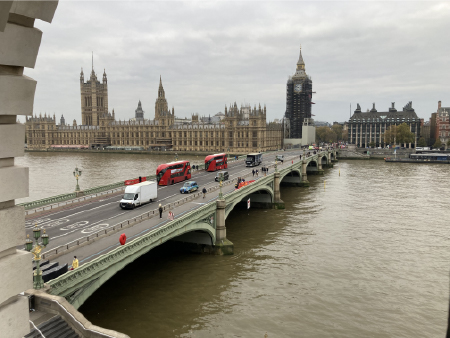 The view of Parliament and Big Ben as seen from Sustainable Ventures.

At the conclusion of our trip I was thankful to have had an opportunity to share my relevant experience with our counterparts in London. The intersection between clean, but intermittent resources like wind and solar, and flexible loads like electric cars, green hydrogen, and heat pumps can improve the grid and reduce costs. The orchestration between generation and loads will be absolutely critical. Several contacts I met specialize in different facets of these value chains; fostering further innovation in this space will help ratepayers, utilities, and the planet. I look forward to building on these relationships and ideas in my development role at IPS.

Want to keep up with developments from the Midwest Solar Industry?