Going Beyond the Balance Sheet

Everyone at IPS continually looks for opportunities to make a positive impact beyond the balance sheet. Part of that effort included the formation of our Volunteer Team, which looks for non-profit organizations and volunteer opportunities across the US that fit our core values.

The Footprint Project is one of those organizations. Their mission is to provide clean energy for communities in crisis, and have done that by deploying 150+ kW of mobile solar and 550+ kWh of mobile battery storage to 15+ disaster response and recovery missions, providing emergency clean power access to 25,000+ US citizens.

We reached out to Footprint to see how we could help, and the idea for a pilot project was born. Traditionally, Footprint deploys large solar trailers to the disaster areas it aids. The pilot project focused on building smaller mobile solar generators that could be left behind in communities of need and used to power everyday consumer electronics or other household necessities.

With our solar expertise, IPS was the perfect company to lead this new program. Our engineering team worked closely with the Footprint Project and New Use Energy to design a generator that housed a powerful battery while remaining easily movable. Not only did the engineering team have to design the generator, they had to create an instructional lesson plan that would allow a group of novices (AKA the rest of the IPS team) to actually build them.

Once the design and lesson plans were finalized, materials were ordered and a date was chosen to host a ‘solar build party’ at our Roseville office. On build day, our talented and endlessly patient engineering team lead their co-workers through the assembly of the generators. Thanks to the engineering team’s oversight, and an enthusiastic team of IPS volunteers, we now had three completed generators ready to be delivered to New Orleans. 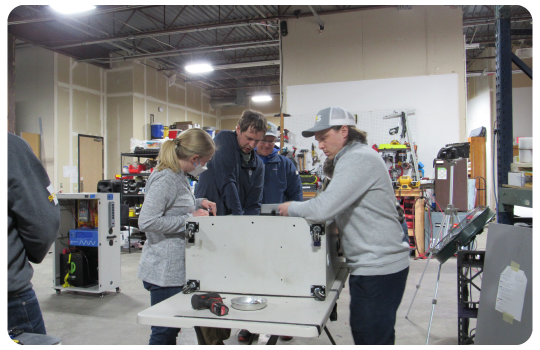 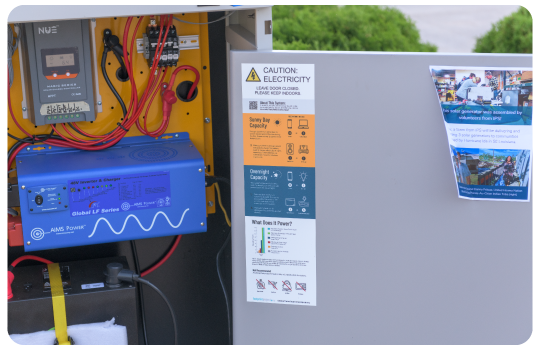 In July a crew of six IPS team members made the 1,200-mile drive from Minneapolis to New Orleans with a plan to meet up with several Footprint Project volunteers and spend three days dropping off the generators, educating residents on how they worked and getting to know the city.

After an overnight pit stop in Missouri, our crew of Rachael, Eric, Ian, Kristin, Frank & Jake arrived in New Orleans and delivered the first generator to VIET (Vietnamese Initiatives in Economic Training), a community center that works to develop educational and economic training programs for minority residents in Louisiana. The Vietnamese community is often overlooked when it comes to disaster assistance, something that both VIET and the Footprint Project and trying to change. A recent string of severe weather left residents in VIET’s East New Orleans neighborhood without electricity for two months. That power is needed for cold food storage, air conditioning and an internet connection that can be used to apply for funding grants and insurance claims.

Later that day, the team braved the Louisiana summer heat, traveled to a nearby church, and disassembled a solar array connected to a Tesla Powerwall battery. The disassembled panels will now be used as a mobile system in places of need.

On day two our team split up into two groups. Frank and Kristin delivered one of the generators to Pointe-Aux Chene, a Native American community outside of New Orleans, while Ian, Jake, Rachael and Eric delivered a generator to another local reservation. Both teams showed residents how the generator works, how to set up panels and charge the system. The evening was spent exploring the various restaurants and music venues New Orleans has to offer.

On the final full day of the trip, Kristin, Frank & Rachael held a training session with 30 local residents, showing them how to build additional solar generators themselves. The training will allow Footprint Project to hold more ‘solar build parties’ like the one IPS hosted back in March. To wrap things up, our team was treated to a tasty crawfish and spring roll dinner prepared by Lang, who heads up the VIET community center.

After completing the return road trip, Frank Lorenz reflected on his experience. “It was truly a humbling experience setting up and delivering these generators with the Footprint Project. The solidarity and gratitude of the community was truly awesome. I was amazed that over 30 people in the community showed up on Saturday to take time out of their weekend for the build party.” 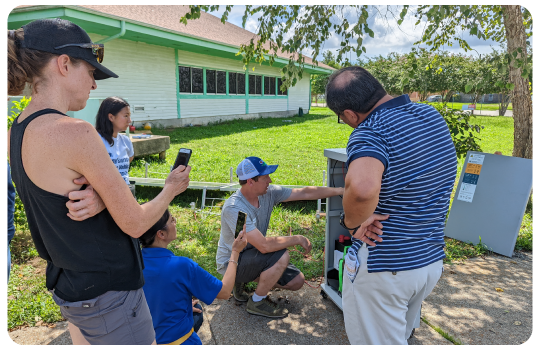 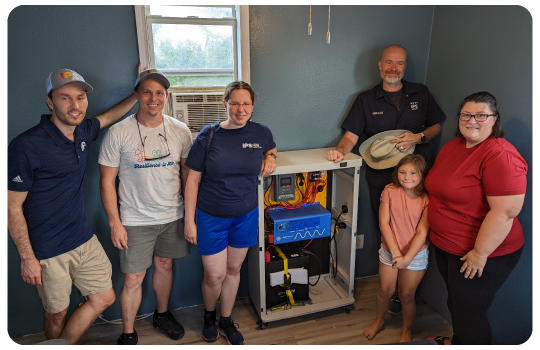 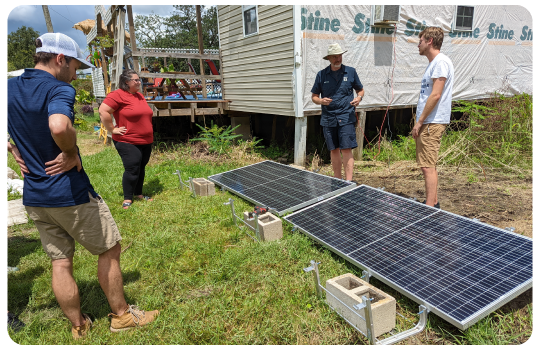 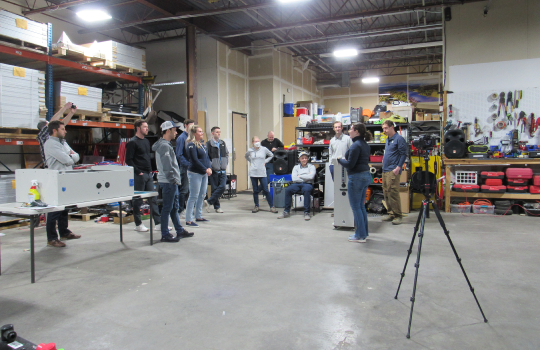 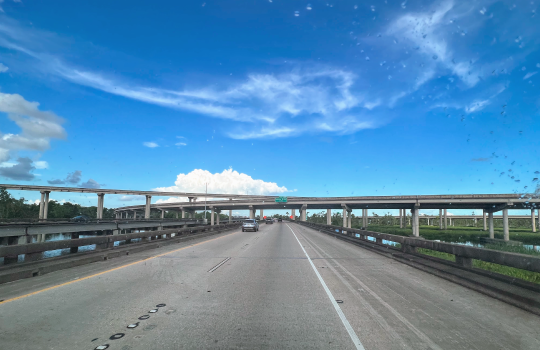 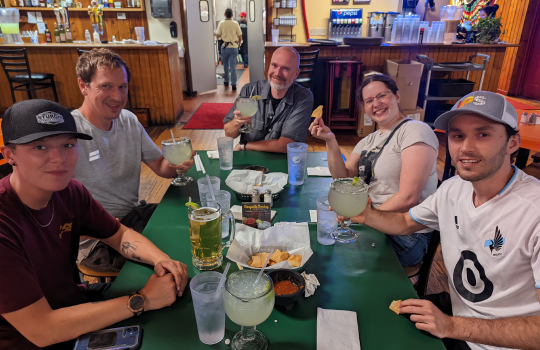 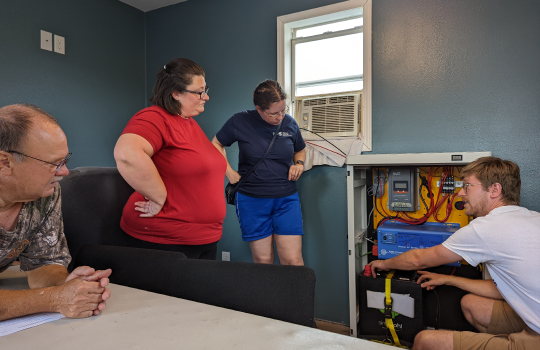 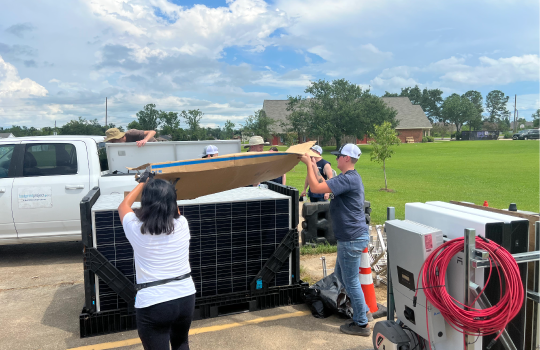 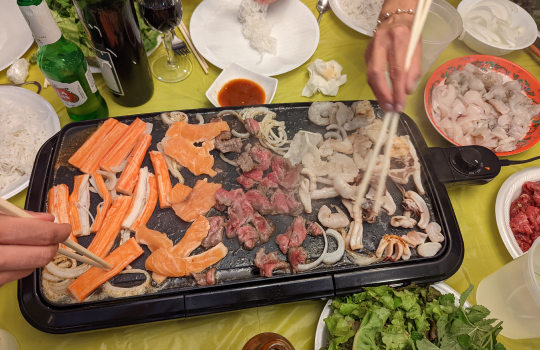 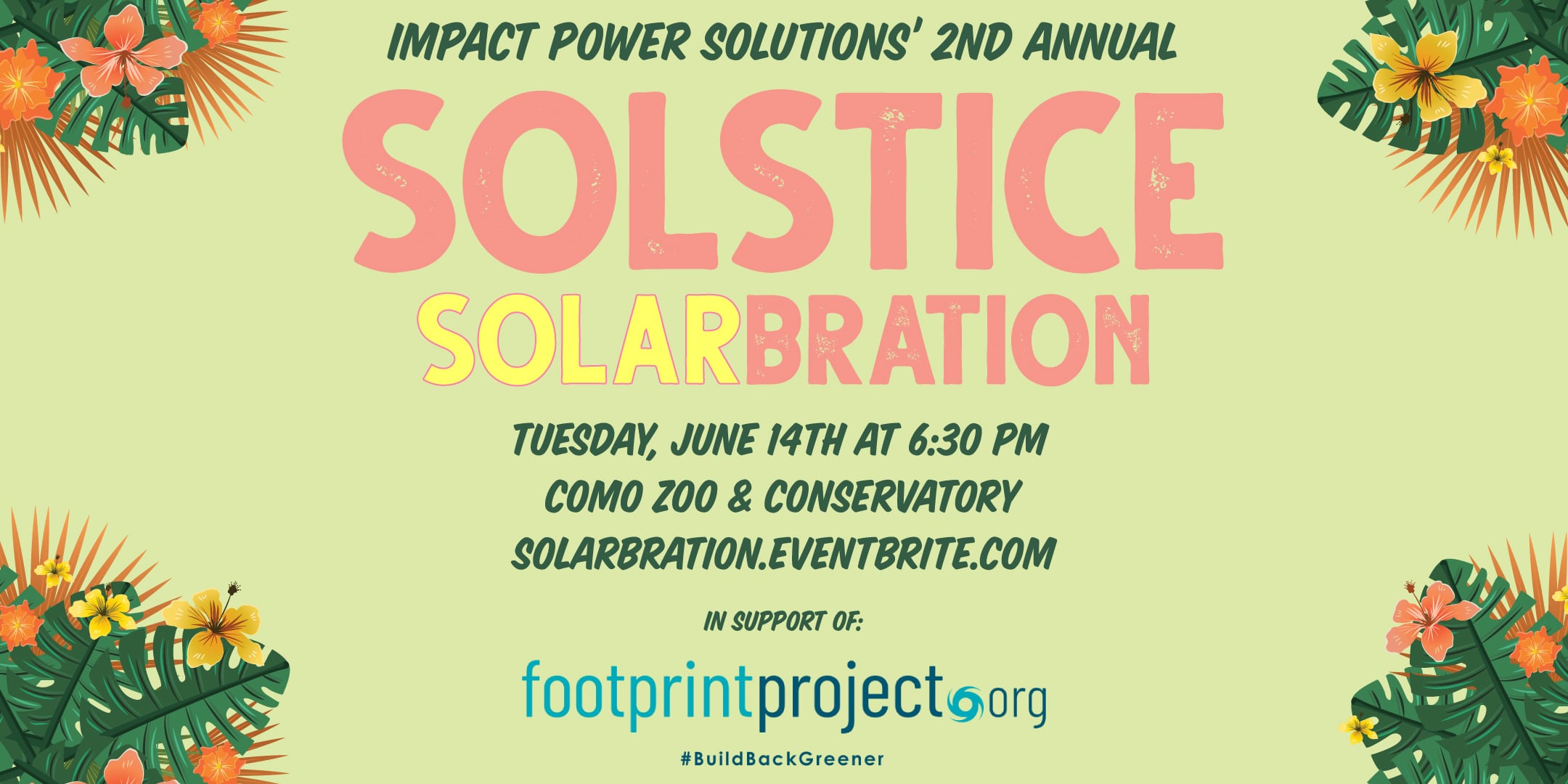 Celebrate The Solstice With IPS!

We are excited to announce the second annual Solstice Solarbration Fundraiser! Join us at the Como Zoo & Conservatory as we celebrate the longest day of the year and support an amazing nonprofit!

The evening will include a tasty food, delicious drinks, festive music and games, with the conservatory’s beautiful views serving as the backdrop. We’ll be raising funds to support the Footprint Project, and learning more about their mission of providing cleaner energy access to communities in crisis.

Prepare for the rare occasion where the sequel is better than the original! 144 people attended the first Solarbration and we and raised over $4,000 for great causes. This year we are setting our sights even higher with a fundraising goal of $7,500!

All proceeds from the event will support the Footprint Project’s work on hurricane resilience in Louisiana, and support humanitarian energy access for Ukraine. You can donate to the Footprint Project here. The IPS team is currently working with the Footprint Project to build mobile solar-powered generators that will be delivered to New Orleans communities impacted by recent extreme weather events. We’re extremely excited to partner with them for the Solstice Solarbration!

About The Footprint Project

Footprint Project is a 501(c)(3) non-profit disaster service organization that focuses on providing cleaner energy access to communities in crisis. We work across the disaster management cycle to deploy sustainable technologies where they are needed most.