Check out some pictures from the 2019 Solar Power World Gala!

We were extremely honored to be awarded with the Greenest Contractor Award along with our industry rankings of #51 U.S. Solar Contractor, #12 U.S. Commercial Solar Developer, and the #1 Solar Developer in the Midwest!

The Greenest Contractor Award takes note of our commercial and community work were we promote pollinator-friendly solar gardens and help businesses meet their sustainability goals. However, it also recognizes how our company operates on a day-to-day basis to have a positive impact on the environment.

At its office, IPS Solar installed electric vehicle charging stations, available to customers and employees. Every lightbulb has been replaced with low-voltage LED lights. The office lobby façade is constructed entirely of local reclaimed wood. Every employee has a recycling bin at their desk, and single-use silverware and dishware is absent from the kitchen. In the field, IPS Solar couples solar gardens with pollinator-friendly plants and apiaries. And in the community, the company sponsors local environmental and renewable energy nonprofits and events, including Minnesota Interfaith Power & Light’s Climate Justice Night at the Museum. – Billy Ludt, assistant editor of Solar Power World 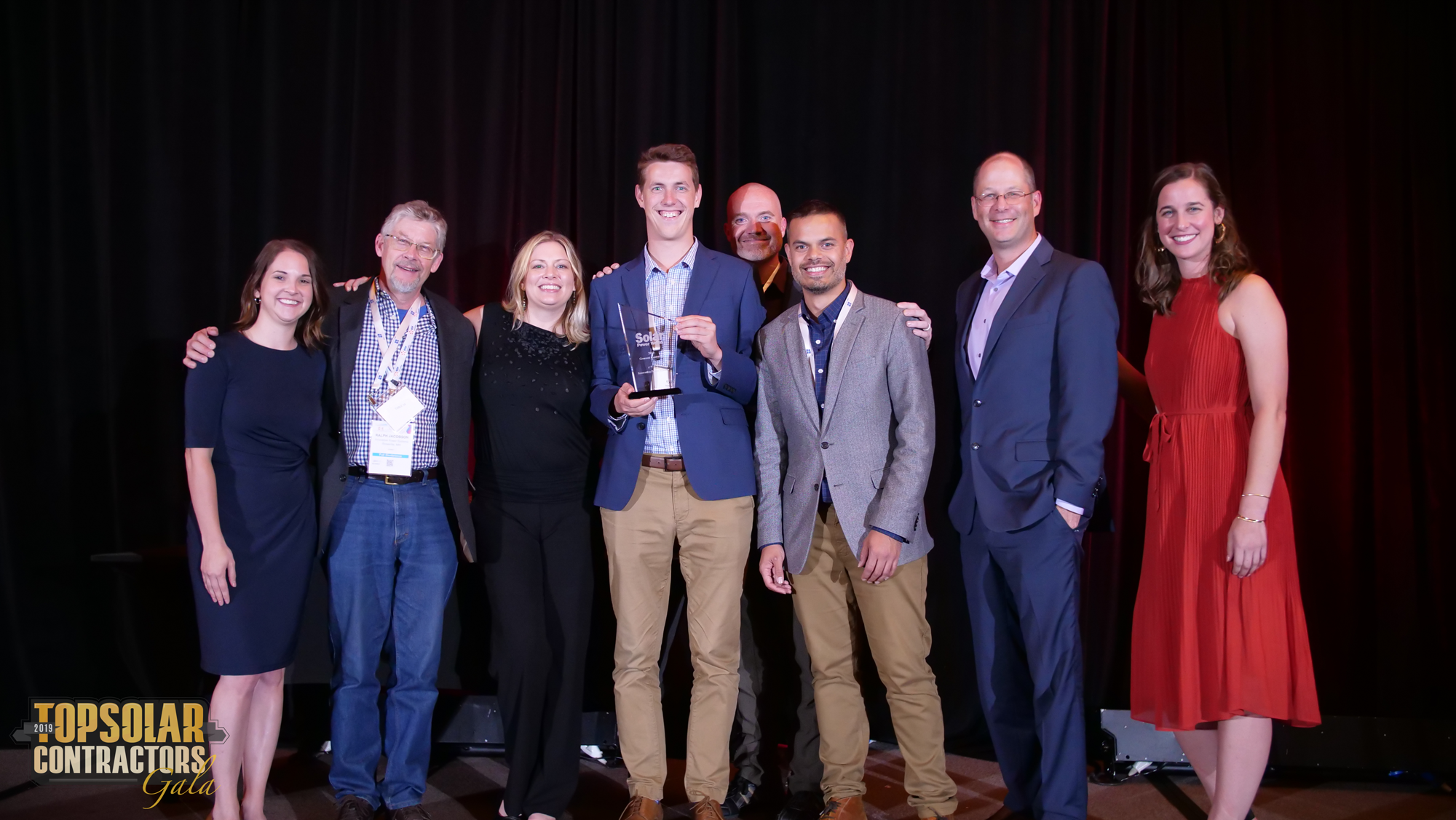 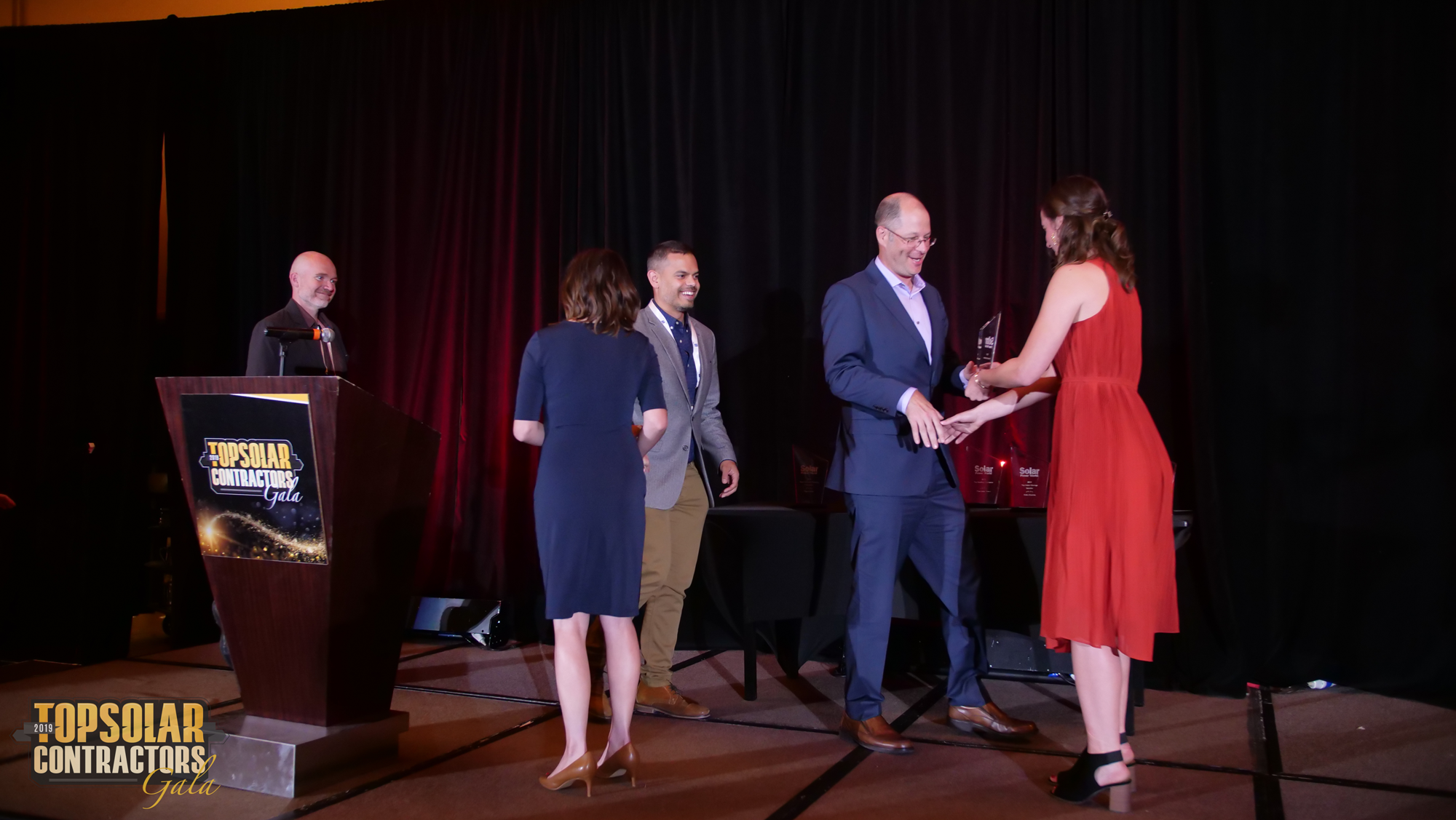 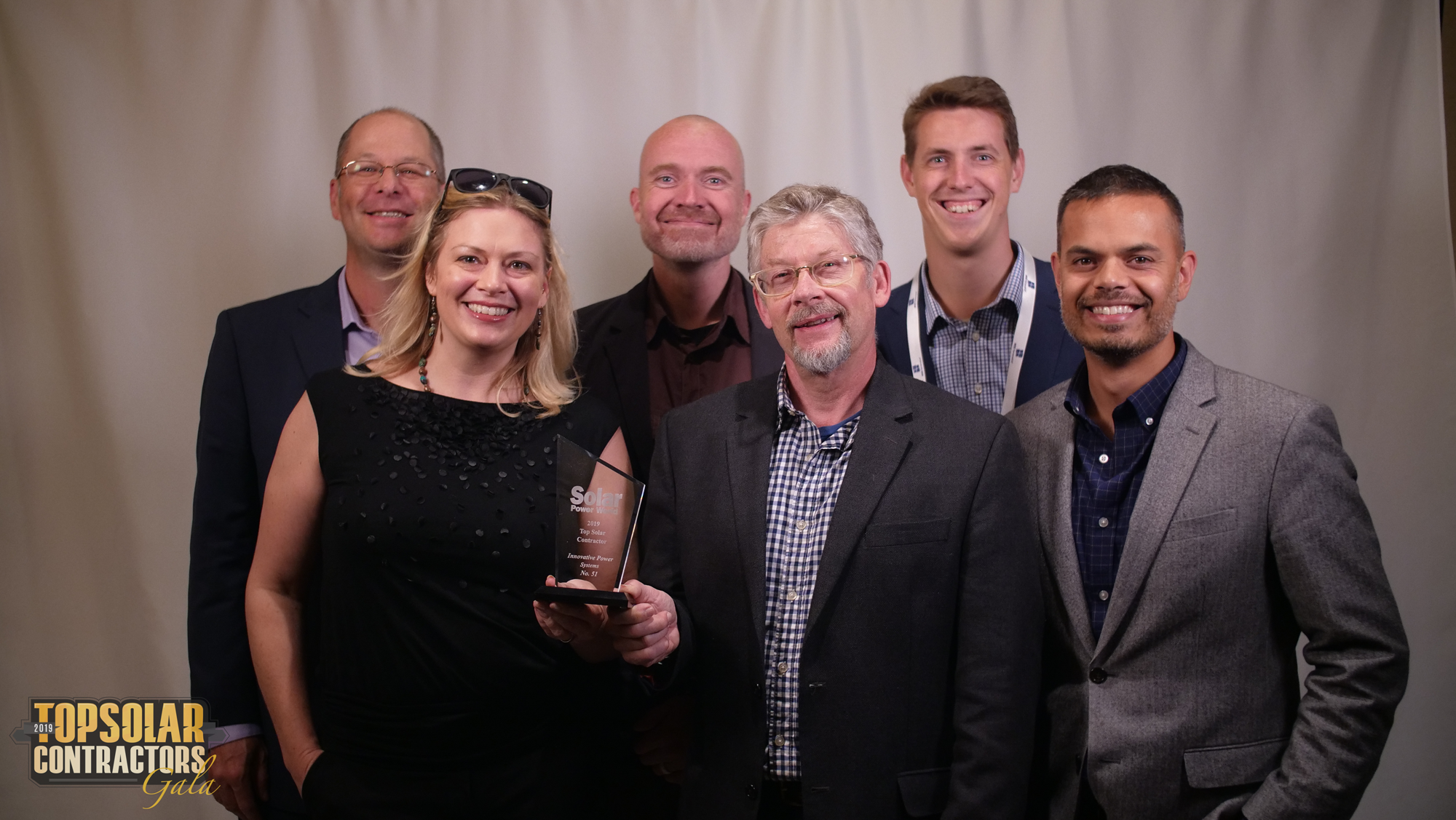 Minnesota-based IPS Solar, one of the fastest growing companies in the United States and one of the nation’s most enduring solar providers, is positioned to take on an even more prominent role in the national solar industry. IPS has formed a partnership with private equity firm SmartPitch Ventures (SmartPitch), taking on a significant capital investment through the newly formed entity called IPS Development LLC.

“This investment will enable IPS to take on an even more prominent role nationally,” confirmed Chief Development Officer Eric Pasi. “An expansion in renewable energy means more job creation locally and regionally, as well as nationally. It is also critical to addressing certain aspects of climate change.”

Continued Pasi, “This investment, along with financial backing, will enable IPS to scale our project development efforts more quickly and efficiently. Also, the SmartPitch principals are former utility executives which will help us navigate the often tricky relationship between solar development and grid operations.”

SmartPitch is a leading later stage venture capital and private equity business focusing on disruptive technologies with a particular focus on energy. SmartPitch was founded by Gautam Chandra and Sanjiv Mahan, who have invested in and built national platforms in renewable energy, distributed generation, and competitive energy and technology businesses.

As part of this new structure, Jamie Borell moves from COO to the CEO position. Ralph Jacobson transitions from CEO to Chief Innovation Officer.

“I’m extremely excited to join forces with SmartPitch,” says Borell. “This move will enable IPS to expand our market opportunities and continue to be a top solar developer in the country.”

Agrees Jacobson, “I couldn’t have orchestrated a better transition. Jamie will assume CEO responsibilities and I will continue in an entrepreneurial role, scouting new opportunities for solar plus storage in the national market.”

Commenting on this new partnership, SmartPitch Founders Gautam Chandra and Sanjiv Mahan noted, “We are very excited about our investment in IPS Development. We look forward to working with the IPS team and growing the company into a national solar platform as part of our overall vision for growth in sustainable energy offerings.” SmartPitch will own a majority of this new partnership.

For additional information about IPS’s leadership in the solar power industry, visit http://ips-solar.com/.

Media Note: For additional information or to schedule an interview, contact Media Relations Agency at 952-697-5220.

Jamie Borell, is the incoming Chief Executive Officer at IPS Solar. He graduated from the University of Minnesota with a B.A in Political Science and a Masters of Public Policy from Humphrey School of Public Affairs. Before arriving at IPS, Jamie spent time as a project researcher for the MN Department of Employment and Economic Development.

While there, he researched and co-authored a report to the Minnesota Legislature on developing the hydrogen and renewable energy industries in Minnesota. In the 14 years he has spent at IPS, Jamie has participated in many different areas of the business including business development and the past 3 years as the Chief Operating Officer.

Ralph is a NABCEP certified installer for both solar electric and solar thermal systems; one of only a few installers in Minnesota and Wisconsin who can make that claim. As former President of the Minnesota Solar Energy Industries Association (MnSEIA) Ralph worked with legislators, regulators, and utilities to craft state renewable energy policy.

Ralph went through a 1 -year solar training program in 1979, found that only partly prepared him for a career in solar energy, and went back to college and earned a BS in Materials Science and Engineering at the U of MN. There he got really excited about photovoltaics. For the past 25 years, he has been creating opportunities in solar for himself and others, by growing a business and serving on the boards of the MN Renewable Energy Society and the MN Solar Energy Industry Association. In 2014 Ralph was honored with a lifetime achievement award by MnSEIA for his long term commitment to renewable energy and the solar industry in Minnesota.