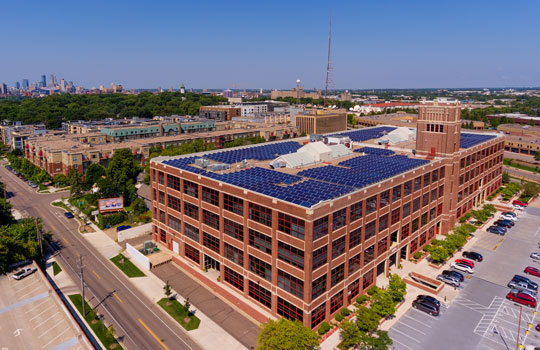 Preventing this much carbon dioxide from being released to the atmosphere is equivalent to adding 270 acres of trees to our forests. Over a 30-year span, IPS expects this system will offset 24,354,000 pounds or 12,177 tons of carbon dioxide.

The system is highly flexible, allowing installs around HVAC units, so space is not wasted. IPS expects at least 30-40 years of useful life out of the system.