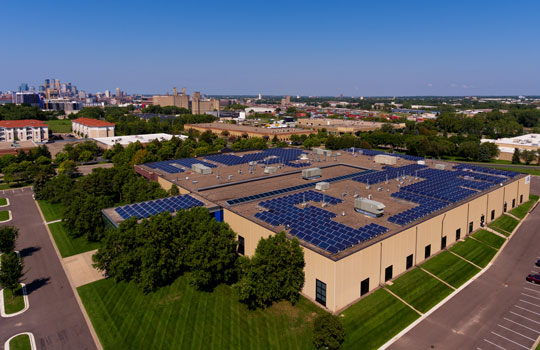 IPS Solar installed this 384.6kW Photovoltaic solar electric energy system, located at 1000 Westgate Drive, to offset the electricity load for University Enterprise Labs. UEL is a collaborative research center that houses several medical and life-science companies along with some university departments. The system produces about 480,750 kWh of electricity on average per year, about half of the building’s usage.